This study searched for empirical evidence of which instructional method, either Presentation-Practice-Production (PPP) or Task-based Learning (TBL), was more effective in teaching speaking to real beginners of young learners. The selected samples were taken by non-random sampling from Foundation II level with ten students for each class. This study, whose data was collected through an oral test, was an experimental research by using T-test at 0.05 significance level. The findings revealed that t-computation was higher than t-table (+2,11 > +2,10). It implied that the mean of PPP class was significantly higher than TBL class. The findings above led to a conclusion that the use of PPP was more effective than TBL in teaching speaking to young learners. It was also discovered that drilling activities, which occurred intensively in PPP, yet not in TBL, gave a great contribution in supporting the effectiveness of PPP in teaching speaking. Drillings were beneficial and met the characteristics of the students who belonged to the population of this study. Therefore, PPP, rather than TBL, was more recommended in teaching speaking to real beginners of young learners whose characteristics met the ones mentioned in the discussion below. However, since drillings can be very mechanical and meaningless, in order not to cause boredom, the length of time allocated for the activities should be considered carefully. Moreover, for an optimum result, drillings must always be accompanied by communicative activities.

Issue
Vol. 4 No. 1 (2018): The Journal of Innovation in Elementary Education
Section
Articles

This work is licensed under a Creative Commons Attribution-ShareAlike 4.0 International License.

This work is licensed under a Creative Commons Attribution-ShareAlike 4.0 International License 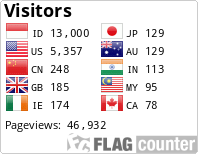